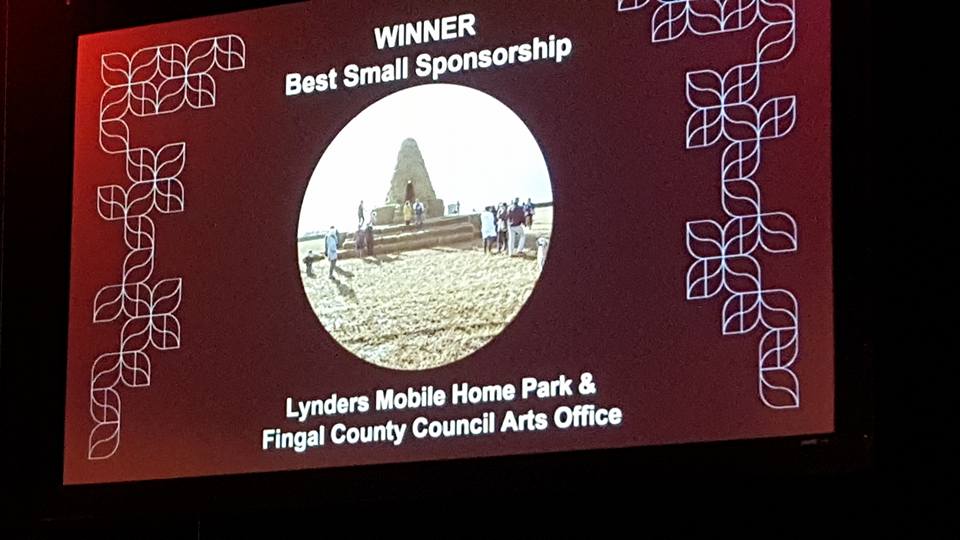 Artists are instinctively inspired by their surroundings and those who have taken up residence at Lynders Mobile Home Park in Portrane, Co Dublin since 2014 have been allowed to truly embrace this process in a particularly supportive environment. 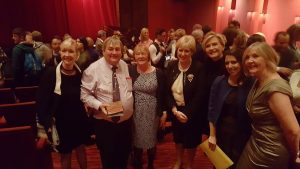 The family-run site in existence since the 1960s overlooks the sea and the beaches of Donabate and Portrane and is close to St Ita’s Hospital, formerly Portrane Asylum, which was built in the late 19th Century.

Its partnership with Fingal County Council’s Arts Office is the winner of the Best Small Sponsorship Award in the Allianz Business to Arts Awards and was also shortlisted in the Best Use of Creativity in the Community category.

Fingal County Council’s public art co-ordinator Caroline Crowley became fascinated with Portrane and the presence of mobile homes as semi-permanent dwellings there while showing artists around the county as part of the Arts Office’s public art programme.

She asked Lynders Mobile Home Park owner Gerry Lynders if he would be interested in the idea of an artist in residence scheme and he decided to give it a go.

Since then his involvement has been a lot more than simply providing a mobile home for artists to stay and work from for a few weeks. 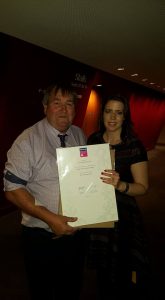 “Gerry has become central to the production and making of art works. He is on site 24/7 helping to fix problems and produce large-scale works in the public realm. He has adopted the role of artist liaison, sharing his great local knowledge with the artists and bringing them on tours of rocks and caves and telling them about the history of the area. From that the site specific art works are created and continue to be,” Crowley explains.

After the first year, Lynders saw an opportunity to tie the artist in residency scheme in with the Bleeding Pig Festival. Bleeding Pig is the name given locally to one of the rock formations on the cliffs between Portrane and Donabate and the festival brings together the peninsula’s musicians, singers, artists, photographers, dancers and storytellers over the course of three days each year in September.

One of the focal points at last year’s festival was a 9-metre straw bale round tower created by Gareth Kennedy in a field near the mobile home park to reflect the origins and uses of round towers. Various events were held around it such as mumming strawboy workshops and a screening of old footage of the making of Lamb Brother’s Jams.

Other highlights were a performance cookery demonstration based on a local story by Fiona Hallinan and Kate Strain and Sean Taylor’s ‘Acouscenic Soundwalk’, where participants were invited to document the landscape along the coast from Lynders Mobile Home Park through sound – both of which were very much influenced by Lynders’ storytelling and tours.

“Once the artists are on the site, we all do our best to make their stay as peaceful and pleasant as it can be. Any I have met afterwards have highly recommended the site and told other artists about it. I am happy to bring them for walks along the cliffs and show them things like the Mermaid’s Churn crack in the rocks – a name my father put on it because when something hits the bottom it sounds like a milk churn,” says Lynders.

“When it came to the straw bale tower, Gareth [Kennedy] was worried about where he would get a trailer and I got him one and my children gave him a hand carrying the bales and making the platform. The artist in residency scheme is not like a business but runs like one. As well as being a great experience for everyone on the site, it has helped to bring more visitors here. Bookings have been strong this year.”

The collaboration has helped to raise the profile of both Lynders Mobile Home Park and Portrane as a location thanks to word of mouth and messages on Facebook, something which the partners aim to build on further.

“With the amount of people involved in the Bleeding Big Festival there has been a huge knock-on effect in terms of how people view Portrane and there have been plenty of return visits. Donabate and Portrane are using images of the straw bale tower as part of their entry into the Pride of Place Awards this year,” notes Crowley.

“The message is beginning to spread nationally and internationally as artists that have been on residence at Lynders Mobile Home Park have spoken about their experience when travelling abroad.

“As a public art commissioner I feel strongly that it is important for artists to stay in a location to really connect with the landscape. Gerry has allowed Fingal County Council to explore the residency model in a focused way, which we hadn’t been able to do before.”